Luk Ah Choi was another famous student of Abbot Gee Sin Sim See, although Gee Sin was in his later years when he taught Luk Ah Choi. Luk was known as a great Master of pole techniques. 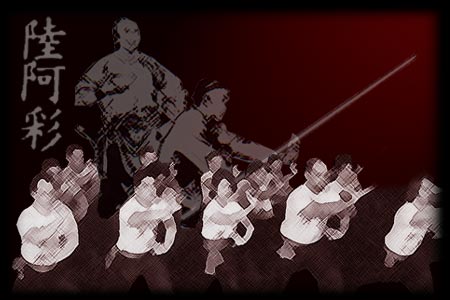 Luk Ah Choi is noted as teaching Wong Tai, Wong Kay Ying and Wong Fei Hung - showing his great skills as a teacher (grandfather, father and son) - three generations. In one story, after being challenged by a rival teacher, Wong Kay Ying came to Luk Ah Choi for advice on how to defeat him. This was to see who was indeed the best Master of the pole. At this time, Luk was seriously ill and bedridden. Luk Ah Choi proceeded to teach Wong Kay Ying the deep meaning of Ng Loong Bat Dai Gwun (5th son, 8 diagrams pole techniques). Wong defeated his challenger thanks to his Master Luk Ah Choi's advice.

Luk Ah Choi was a principal figure in the history of Hung Gar, and was one of Hung Gar's great Masters.